The debate on Quranic hermeneutics remains on the rise; especially when the opposition believes that hermeneutics is a scientific tradition born in western culture and used as the interpretation tools for Bible. By this belief, hermeneutics does not applicable to be used as the theory and interpretation method for Quran. Friedrich Schleiermacher is one of experts in general hermeneutics, even considered as the founding father of modern hermeneutics whose focuses are on grammatical and psychological aspects. This article attempts to test the reliability of Schleiermacher’s hermeneutics which interprets Basmallah ayah in Tafsîr Ahkam al-Quran by Ibn al-‘Arabi al-Maliki (543 H/ 1148 AD). Ibn al-‘Arabi al-Maliki is an established figure with Maliki mazhab on the field of legal tafseer in Sevilla, Spain. In this article, the theory and method of Schleiermacher’s psychological hermeneutics are employed. The article concludes that Quranic hermeneutics was interpreted incorrectly, as it is not used to interpret the Quran directly but to interpret the Quranic Tafsîr. The purpose of hermeneutics is therefore to develop the knowledge and the Quranic Tafsîr itself. This principle is in line with the motto, “keeping the good old tradition and taking the best new tradition”. 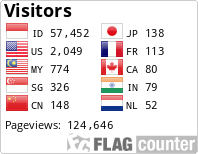 Every article submitted to DIALOG shall use reference management software e.g. Mendeley.

This work is licensed under a Creative Commons Attribution-NonCommercial-ShareAlike 4.0 International License.